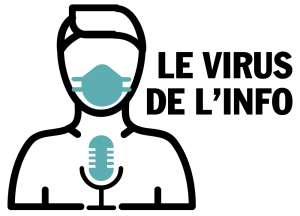 One year after the effective implementation of Brexit on 1 January 2021, London and Brussels are still arguing about the status of Northern Ireland. The province’s structurally fragile economy could be at risk.

It has been one of the most burning issues in the post-Brexit negotiations. In 2019, after bitter discussions, Boris Johnson’s government ratified the Northern Ireland Protocol, which should avoid the return of a border between the Republic of Ireland and Northern Ireland. According to this protocol, which governs the status of Northern Ireland, the province remains part of the United Kingdom but within the European Union’s internal market for goods. But since it came into force at the beginning of 2021, London has been reluctant to implement the text and carry out the necessary customs controls. Moreover, the DUP unionists are opposed to the establishment of a customs border, seeing it as a difference in treatment with the rest of the country.

For several months now, the Minister for Relations with the European Union, David Frost – who has been replaced by Liz Truss – has been threatening to activate Article 16, which allows for the unilateral suspension of the protocol in the event of « economic, societal or environmental difficulties ». Arguing that the protocol was signed in autumn 2019 only « to end a constitutional crisis », « Frosty » intended to negotiate « something better. » « The issue for the British government is also to put an end to the European Court of Justice’s right of scrutiny over Northern Ireland, » explains Hugh O’Connell, the political correspondent of the Irish Independent. Brussels has always reminded Boris Johnson’s government that this was a non-negotiable principle for the EU.

The European Union had made some concessions at the end of June, agreeing to extend until the end of September the implementation of customs controls on prepared and minced meat, but tensions had risen to a new level with the threat of activating Article 16 during the dispute with the pharmaceutical group AstraZeneca. Such a move would have been « reckless », « irresponsible » and « fraught with consequences », Irish Prime Minister Michael Martin warned. Indeed, invoking Article 16 of the Northern Ireland Protocol would threaten the fragile Northern Irish economy, which has been permanently scarred by the Troubles. Despite the relatively recent boom in the film and television industry, driven by the phenomenal success of the Game of Thrones series, Northern Ireland is struggling to attract foreign investors.

The three decades of violence between republicans in favour of Irish unification and unionists committed to keeping the province within the UK have led to a structural deficit in foreign trade. Some even believe that this could trigger a real trade war. « The terms of the protocol are likely to be changed, but the UK government cannot afford another institutional crisis, » says Hugh O’Connell. The process would be very time-consuming and any measures taken by the UK government would be limited in duration to « what is strictly necessary to remedy the situation ». They must also be followed « immediately » by consultations in the Joint Committee « with a view to reaching a common understanding. One year after the effective implementation of the Brexit, the « nightmare of the UK’s membership of the EU » of which David Frost spoke does not seem to be over.